To install and root by Towelroot: 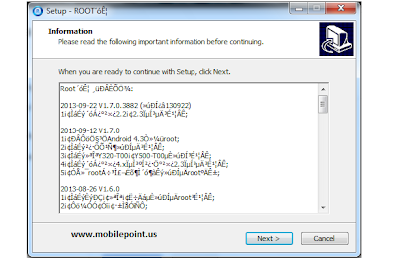 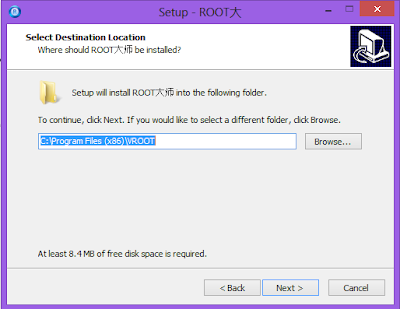 Create start menu or not. (as your wish) 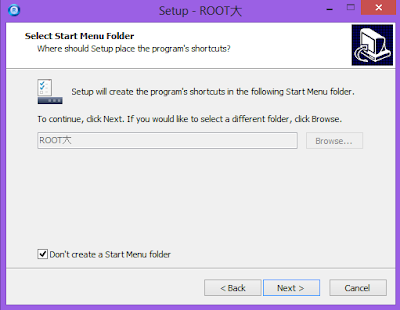 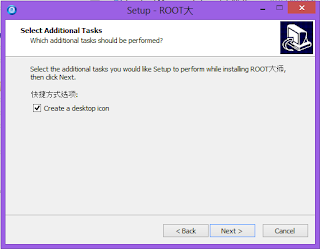 Finish. Uncheck if you dont want to start the rooting app now. 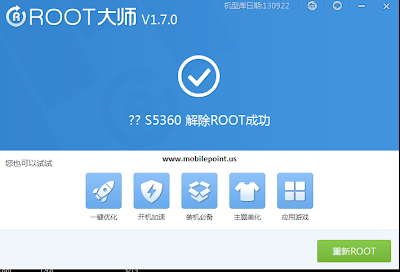 Then click the root button then ADB will restart, and get successfully rooted.
Here I9500 success result
Future notice here www.mgyun.com/vroot or stay tune us.
Root is most important thing for a android phone, Root android device allow to use super user data, like unlock, firmware upgrade, various application’s change modification identify.

We know you how to install preroot firmware by below steps:
1. Need ODiN (Download- Odin3 V1.85 http://depositfiles.com/files/qr73xo3dk)
2. Need Preroot firmware (Download- PREROOTED_FIRMWARE.zip)
3. Turn off your device and go to Download mode (By press Home+Volume down+Power button.)
4. Connect you device to pc
5. Run odin 3.07 (or higher)
6. Click on PDA and select “pre_rooted_system.tar” (or correct file define by model)
7. Click on Start button and wait until finish and see the “pass” in green box on Odin, Phone will be automatic reboot after this.
Now phone is origin root.

Another day another update – and unless some major issues arise, quite likely the last one until September.
The latest flashable ZIP is linked at the very bottom of the post. The Play store has also been updated, as have all CF-Auto-Root’s.
I recommend all end-users on 4.3 update immediately, as root-app-devs will be unlikely to want to support quirks of the previous releases.
PS the ZIP should now also be compatible with the new CM

Due to some incompatibilities in the new code for 4.3, and not wanting to create a maintenance nightmare for myself, I have dropped support for ARMv5. The last ARMv5 (and v6) compatible version is v1.45.

It has been quite some time since the last flagship device came out running an older version than ARMv7, the small number of SuperSU users who are still using it will be unlikely to benefit (much) from further updates to SuperSU anyway.

Sorry if this creates problems for you. I may revisit ARMv5 support when a proper 4.3 AOSP build tree is available for it.

All the storage locations ( /storage/emulated/0, obb, legacy, etc) are now properly available from su. These should be the exact same storage mounts as available to the non-privileged portion of your app, and they are now mounted instead of symlinked. This should solve most (internal) storage-related issues with most apps.

Mount namespaces were brought to Android in 4.2, and are a good thing (just like all the new restrictions in 4.3 really are a good thing, even if it’s causing us some root grief at the moment).

With the previous 4.3 SuperSU versions all root commands were executed in the same (global!) mount namespace (as if this was still 4.1). This is bad for multiple reasons. One reason is that if one su process remounted /system read-write, other processes could sneakily be writing to /system, opening a possible malware hole. Another reason is unintended interference. If you have two root apps who want to update something in /system, one could just be done (remounting the system back read-only) while the other one was still updating. The latter app will probably break in new and unexpected ways.

In this release, su calls from Android apps under 4.3 have same mount privacy as they would have had under 4.2. As it should be!

If you’re going to watch the number of processes running on your device, you will see several daemonsu processes. There is the master daemon, with a subprocess for every different Android app user id that uses su – and a separate one for non-Android callers -, which in turn has a subprocess for every su session (which automatically terminates). You might also see a zombie process sometimes, these are automatically cleaned up.

The exact how and why is long and technical, but it’s needed, and these processes do not eat any resources while su isn’t being used (they’re just sleeping). On the plus side, when debugging you can easily see which su calling process is hogging all your resources, as the process name reflects this information, which will be visible in ps and top.

If this is not your first SuperSU version on 4.3, some files on your internal storage may have the wrong permissions, which will prevent you or your apps from deleting/modifying some files.

This can be fixed pretty easily, but you need to install busybox first, as toolbox’s builtin chown command does not recursive directories. Once busybox is installed, this will fix the problem (run from terminal, adb shell, etc, as long as you have a su # prompt):

How to Root Samsung Galaxy II i9100 4.0.3 (ICE Cream Sandwich). This method will help you for No Need Downgrade, Flash etc. 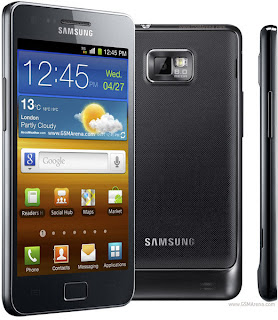 for unlocking its is necessary to root this device before unlocking
Owners of Samsung Galaxy II i9100 over Android 4.0.3,2.3.5,2.3.3, and others version who want more freedom to use their device must get access to its root, so to do that just follow the guide below.

Note: This guide only works for Windows users.

Step-2
Turn off your phone, and press Power+Volume Down and Home buttons to enter into Flash mode

Open Odin Downloader on your computer and check mark the boxes followed by Auto reboot and F. Reset Time options in its window

Step-4
Click on PDA button in Odin Downloader window, and select downloaded MyGKernelV1.1.1_CWM5.tar from your computer and click on Start button and let it do the process, it will also reboot your mobile
Step-5
Enjoy, your Samsung Galaxy II i9100 is rooted so just reboot it and that is it.
Now you can unlock your Samsung Galaxy II i9100 with any Tool

Download
FIRST THIS IS FOR PHONES WITH XXLD1 firmware (european) only, on other phones I cannot guarantee this will work!!!

SECOND I AM NOT RESPONSIBLE IF THIS WILL BRICK YOUR PHONE!
Under normal circumstances it won’t. If something goes wrong you can still flash original firmware with odin.

THIRD this can only be done in Windows.

1. Download GT-I9070-root.rar, and extract it somewhere on you local disk.

3. Then open Settings in your phone, go to Aplications -> Development and check USB Debugging and Allow mock locations. Both needs to be Checked (Selected).

4. Turn off phone and turn it back on into Download mode, like this press Volume Down + Home button + Power button, wait untill some “strange” screen appers, put in usb cable and choose continue.

5. Now wait until Odin recognize your phone. It can take a while first time, if you have problems search for samsung drivers on the internet,

9. When this is set just press Start and wait for phone to reboot.

11. Download and install Superuser or SuperSU aplication from market and enjoy the rooted phone! Or you can use a Doomlords rooting tool or Superoneclick, both this tools push the Superuser aplication to /system/app, which might be even better. Just search this tools on XDA.

Voila your phone should now be rooted. I will do my best to improve this method.

This wouldn’t happened without a help of this people (THANK YOU GUYS!):

Your information were priceless!!

Source: [HOW TO] Samsung Galaxy S I9070 Advance ROOT method (ugly one) XXLD1 ONLY!!! – xda-developers